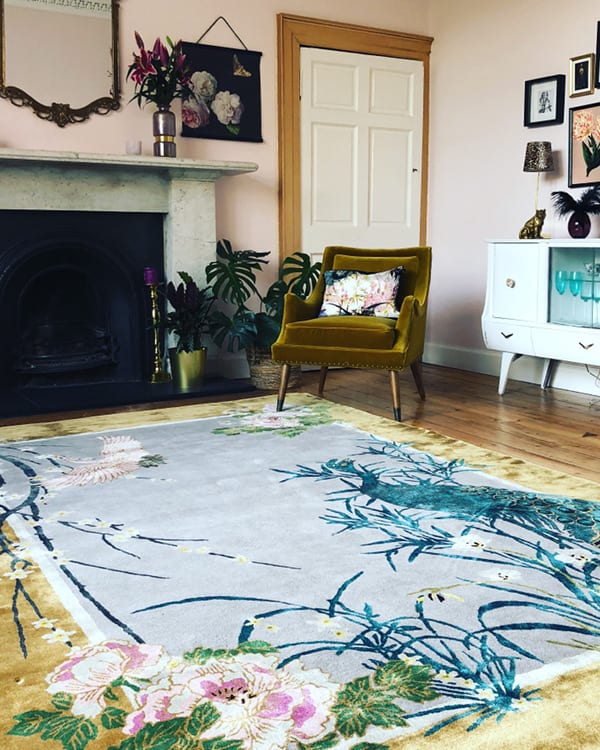 For as long as I recall, I’ve been hugely inspired by Chinese symbolism and its close links to nature. For example, flowers hold a privileged position in Chinese culture and are considered an indelible part of China’s collective consciousness. The Chinese believe flowers convey positive messages and play a significant role in their day to day lives. The inspiration for one of my latest designs, Garden of Virtue, comes from the symbolic linking of the natural character of the Plum Blossom, Orchid, Bamboo and Chrysanthemum flowers to the most virtuous of human values. Thus, in ancient China, these four flowers were named the ‘Flowers of Virtue’. These flowers have been depicted in Chinese painting for more than a thousand years because of their refined beauty, as well as the moral character with which the Chinese literati imbued them. The beauty and depth of the symbolism can’t help but inspire us in our life and work…
Plum Blossom
The plum tree is renowned for bursting into a riot of blossoms in the dead of winter. Its subtle fragrance spills forth at one of the coldest times of the year, making it difficult to go unnoticed. Though neither the plum tree nor its blossoms are very striking, they manage to exude an otherworldly exquisiteness and beautiful elegance during the desolation of winter. The demeanor and character of the plum tree thereby serves as a metaphor for inner beauty and humble display under adverse conditions. In the midst of winter, before snow melts and the swallow returns, plum trees blossom onto the barren landscape, bracing the harshness of winter and reminding people spring will come. Celebrated here is the vitality of life, endurance through hardship, and hope that life will regenerate. The fragrance of plum blossoms “comes from the bitterness and coldness,” as the Chinese saying goes. Souls are tempered in the depth of experience, growing in inner strength and unyielding courage.

Bamboo
The deep root of the bamboo denotes resoluteness; its tall, straight stem represents honor; its hollow interior modesty and its clean and spartan exterior exemplifies chastity.  The stalk of the bamboo is hollow, which came to symbolize tolerance and open-mindedness. Furthermore, the flexibility and strength of the bamboo stalk also came to represent the human values of cultivation and integrity in which one yields but does not break. 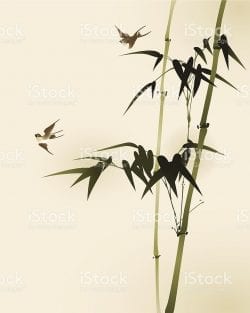 Orchid
The Orchid represents the spring. The beauty and grace of the Orchid is fragile in form, with no violent tendencies. Like the Plum Blossom, its fragrance is never overpowering, symbolizing humility and nobility. The Orchid represents good taste and beauty in Chinese traditional culture. Well-written articles are termed ‘orchid articles’, and great friends are ‘orchid friends’. The ancient Chinese valued Orchids because the flower can live with loneliness but remain elegant and graceful at all times. The Orchid is said to be found in remote valleys, where it provides a pleasant fragrance regardless of the scarcity of admirers. There is a chengyu “空谷幽兰（literally meaning a beautiful orchid in an empty valley)” used for describing noble and gentle personalities. The orchid symbolizes love and beauty and can be a symbol of a married couple. The flower also represents wealth and fortune, and when placed in a vase, Orchids symbolize unity. 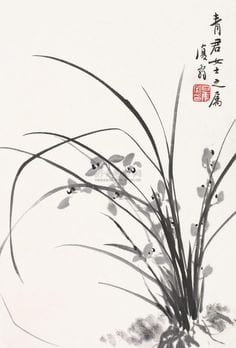 Chrysanthemum
The chrysanthemum blooms in the cold autumn air and foretells the coming of winter, which symbolizes the virtue to withstand all adversities. It was the favorite flower of the great poet Tao Yuanming, a towering figure in Chinese literati culture. 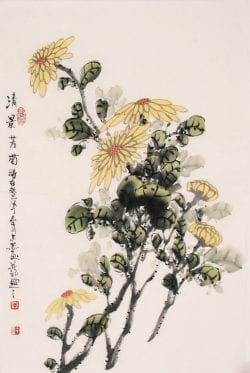 Thanks for reading,
Wx
Posted By Wendy Morrison